An Evening With DeVotchKa 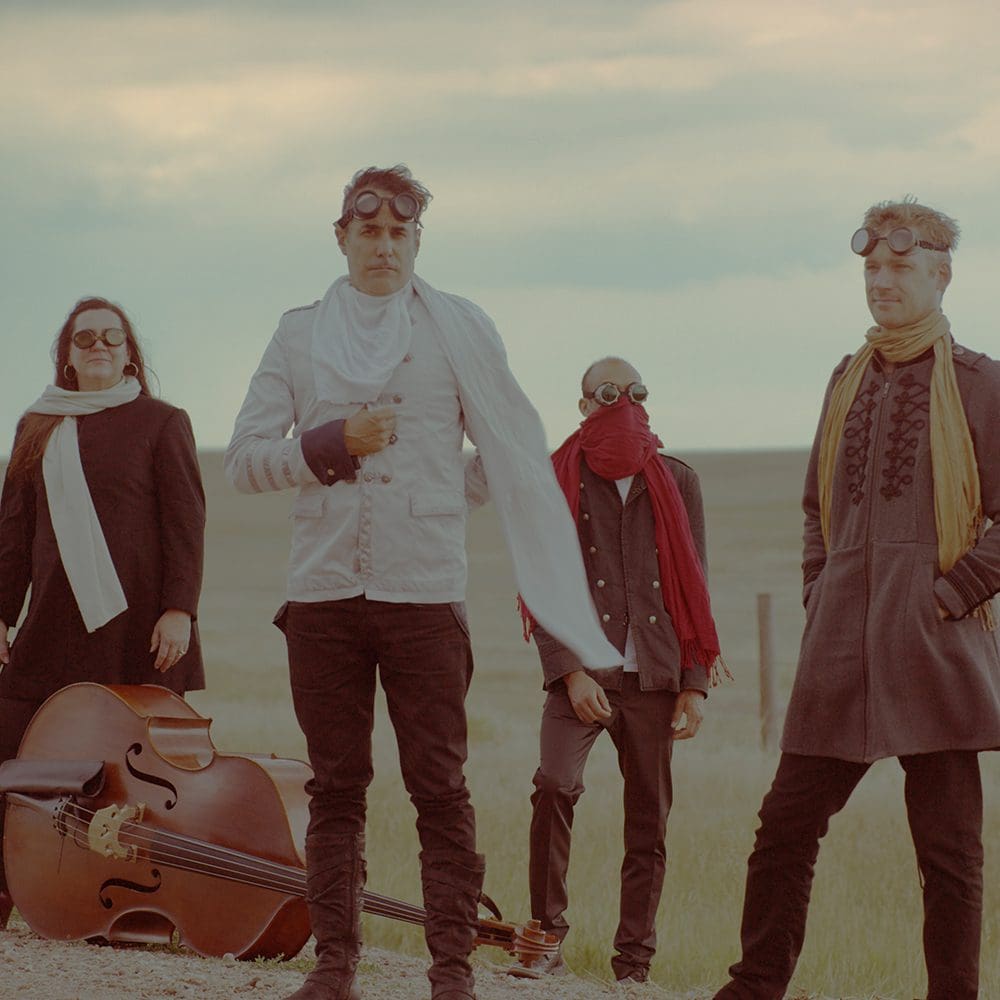 DeVotchKa is a four-piece multi-instrumental and vocal ensemble. They take their name from the Russian word devochka (девочка), meaning “girl”. Based in Denver, Colorado, the quartet is made up of Nick Urata, who sings and plays theremin, guitar, bouzouki, piano, and trumpet; Tom Hagerman, who plays violin, accordion, and piano; Jeanie Schroder, who sings and plays sousaphone, double bass, and flute; and Shawn King, who plays percussion and trumpet.

A cross-pollination of numerous influences, including cabaret, spaghetti Westerns, norteño, punk, and the immigrant dance music of Eastern Europe, Colorado-based quartet DeVotchKa emerged as unlikely indie heroes in the mid-2000s. Along with bands like Calexico and Gogol Bordello, they infused modern indie music with a global flavor, eventually finding widespread success in 2006 with their Grammy-nominated soundtrack to the hit indie film Little Miss Sunshine. Signing with Anti- in 2008, they released their landmark fourth album, A Mad & Faithful Telling. Following the world tour in support of 2011’s cinematic 100 Lovers album, DeVotchKa entered a hiatus, regrouping for 2018’s This Night Falls Forever.

Music and more at https://www.devotchka.net/