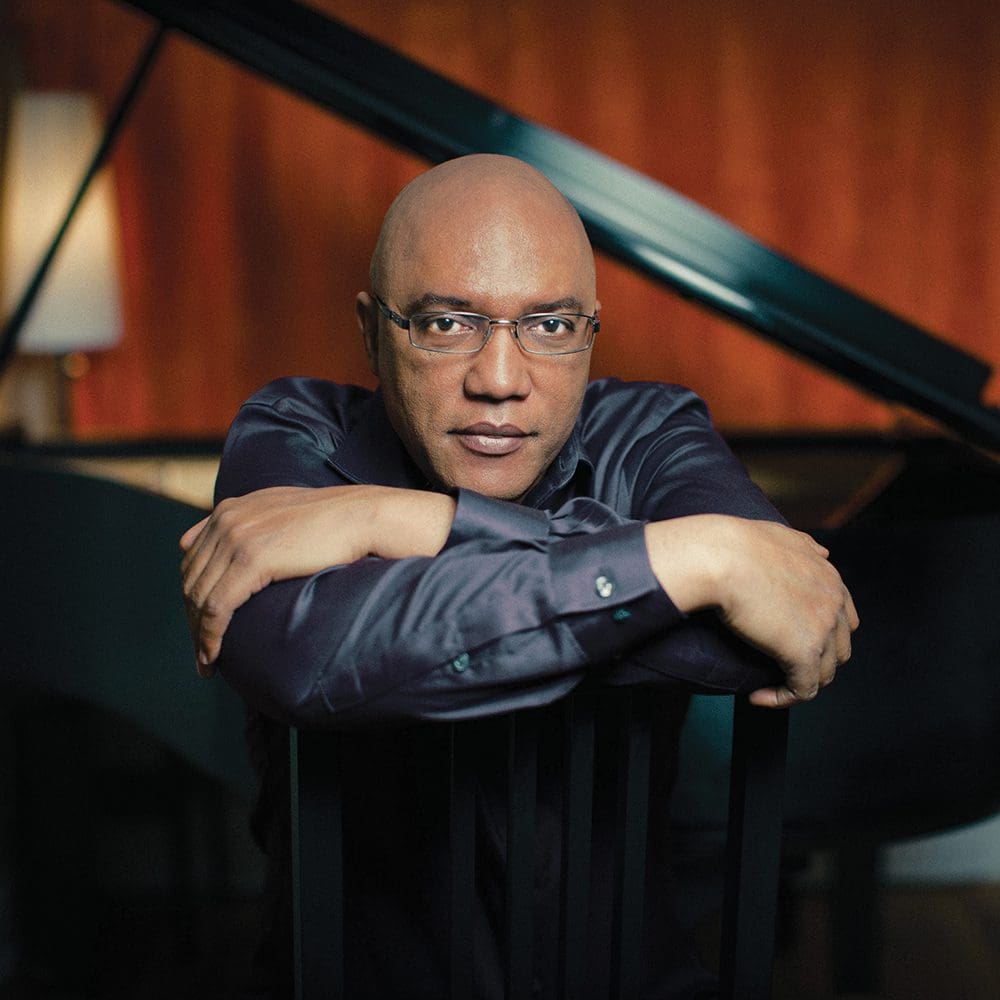 Billy Childs has emerged as one of the foremost American composers of his era, perhaps the most distinctly American composer since Aaron Copland – for like Copland, he has successfully married the musical products of his heritage with the Western neoclassical traditions of the twentieth century in a powerful symbiosis of style, range, and dynamism.

A native of Los Angeles, Childs grew up immersed in jazz, classical, and popular music influences. A prodigious talent at the piano earned him public performances by age six, and at sixteen he was admitted to the USC Community School of the Performing Arts, going on to earn a Bachelor of Music degree in Composition under the tutelage of Robert Linn and Morten Lauridsen.

By the time of his graduation from USC, Childs was already an in-demand performer in the L.A. jazz scene. Soon thereafter he was discovered by trumpet legend Freddie Hubbard, with whom he embarked on a successful performing and recording tour. He recorded and performed with a number of other influential jazz musicians including J.J. Johnson, Joe Henderson, and Wynton Marsalis before landing a record deal with Windham Hill Records in 1988, when he released Take For Example, This…, the first of four critically acclaimed albums for the label. The albums Twilight Is Upon Us (1989), His April Touch (1991), and Portrait Of A Player (1992) followed, each expansive contributions of depth and virtuosity. Since then Childs has written and produced I’ve Known Rivers(1995) on Stretch/GRP, The Child Within (1996) on Shanachie, and two volumes of “jazz/chamber music” (an amalgam of jazz and classical music) – Lyric, Vol. 1 (2006) and Autumn: In Moving Pictures, Vol. 2 (2010); the recordings earned him two GRAMMY awards and five nominations.

Simultaneously with his recording career, Childs has occupied a parallel niche as an in-demand composer. His orchestral and chamber commission credits include Esa-Pekka Salonen and the Los Angeles Philharmonic, the Detroit Symphony Orchestra under the baton of Leonard Slatkin, The Los Angeles Master Chorale, The Kronos Quartet, The Lincoln Center Jazz Orchestra, The American Brass Quintet, The Ying Quartet, and The Dorian Wind Quintet.

Thus far in his career, Childs has garnered thirteen GRAMMY nominations and four awards: two for Best Instrumental Composition (Into the Light from Lyric and The Path Among The Trees from Autumn: In Moving Pictures) and two for Best Arrangement Accompanying a Vocalist (New York Tendaberry from Map to the Treasure: Reimagining Laura Nyro and What Are You Doing the Rest of Your Life? from To Love Again). In 2006, Childs was awarded a Chamber Music America Composer’s Grant, and in 2009 was the recipient of a Guggenheim Fellowship. He was also awarded the Doris Duke Performing Artist Award in 2013, and most recently, the music award from The American Academy of Arts and Letters in 2015.