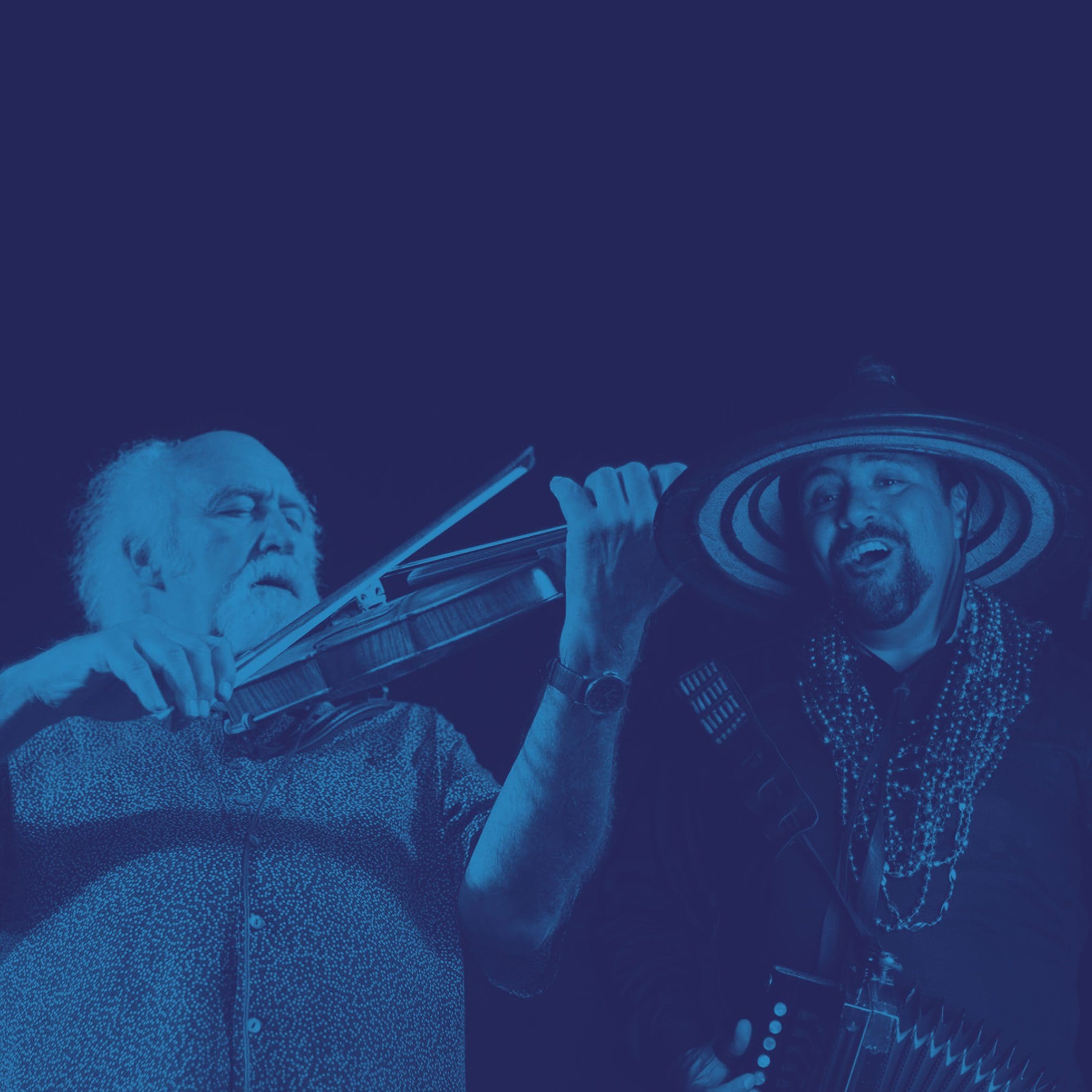 For 38 years, two- time GRAMMY award winning artist Terrance Simien and 8th generation Louisiana Creole has been shattering the myths about what his indigenous Zydeco roots music is – and is not. Leading his Zydeco Experience bandmates – long time members Danny Williams, keyboards and Stan Chambers, bass, horn players, Lance Ellis, sax  and Curtis Watson, trumpet, and newest members, drummers Brad Webb and Ian Thompson joining July 2019 – Simien has become one of the most respected and accomplished artists in American roots music today. He and his band mates have performed over 9000 concerts, toured millions of miles to over 45 countries during their eventful career.

Founded in 1975, BeauSoleil (often billed as “BeauSoleil avec Michael Doucet”) released its first album in 1977 and became one of the most well-known bands performing traditional and original music rooted in the folk tunes of the Cajuns and Creoles of Louisiana. BeauSoleil tours extensively in the U.S. and internationally. While its repertoire includes hundreds of traditional Cajun, Creole and zydeco songs, BeauSoleil has also pushed past constraints of purely traditional instrumentation, rhythm, and lyrics of Louisiana folk music, incorporating elements of rock and roll, jazz, blues, calypso, and other genres in original compositions and reworkings of traditional tunes. Lyrics on BeauSoleil recordings are sung in English or Cajun French (and sometimes both in one song).

Prev Event The Allman Betts Band (Rescheduled Show)
Next Event Before I Grow Too Old: The Music of Bobby Charles