Don’t Be a Dick About It

Presented by Cane Fire Films
A Film By Ben Mullinkosson

Growing up in a loving home with their parents, brothers Peter and Matthew are crazy about each other—but also constantly at each other’s throats. Displaying their individual idiosyncrasies—Peter is obsessed with the TV show Survivor, and reenacts the elimination rounds every day in an uncompromising ritual; while younger brother Matthew struggles to overcome his intense fear of dogs—Mullinkosson’s DON’T BE A DICK ABOUT IT is an affectionate portrait of brotherly love and family life in America, both revealing and endearing.

Optionally preceded by the short film KIM BUSH’S ABDUCTION (dir. Courtney Bush, Will Carington, Jake Goicoechea): Several hours of unanswered texts and phone calls have everyone at a Christmas party wondering: where is Kim Bush? The answer is eventually revealed in this Southern Gothic holiday thriller with an all-female ensemble cast. 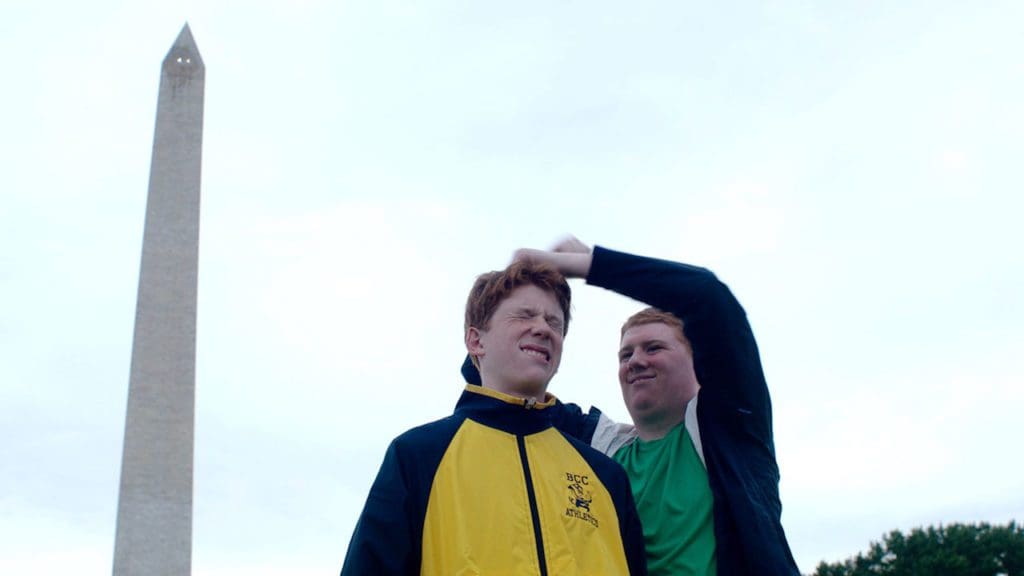