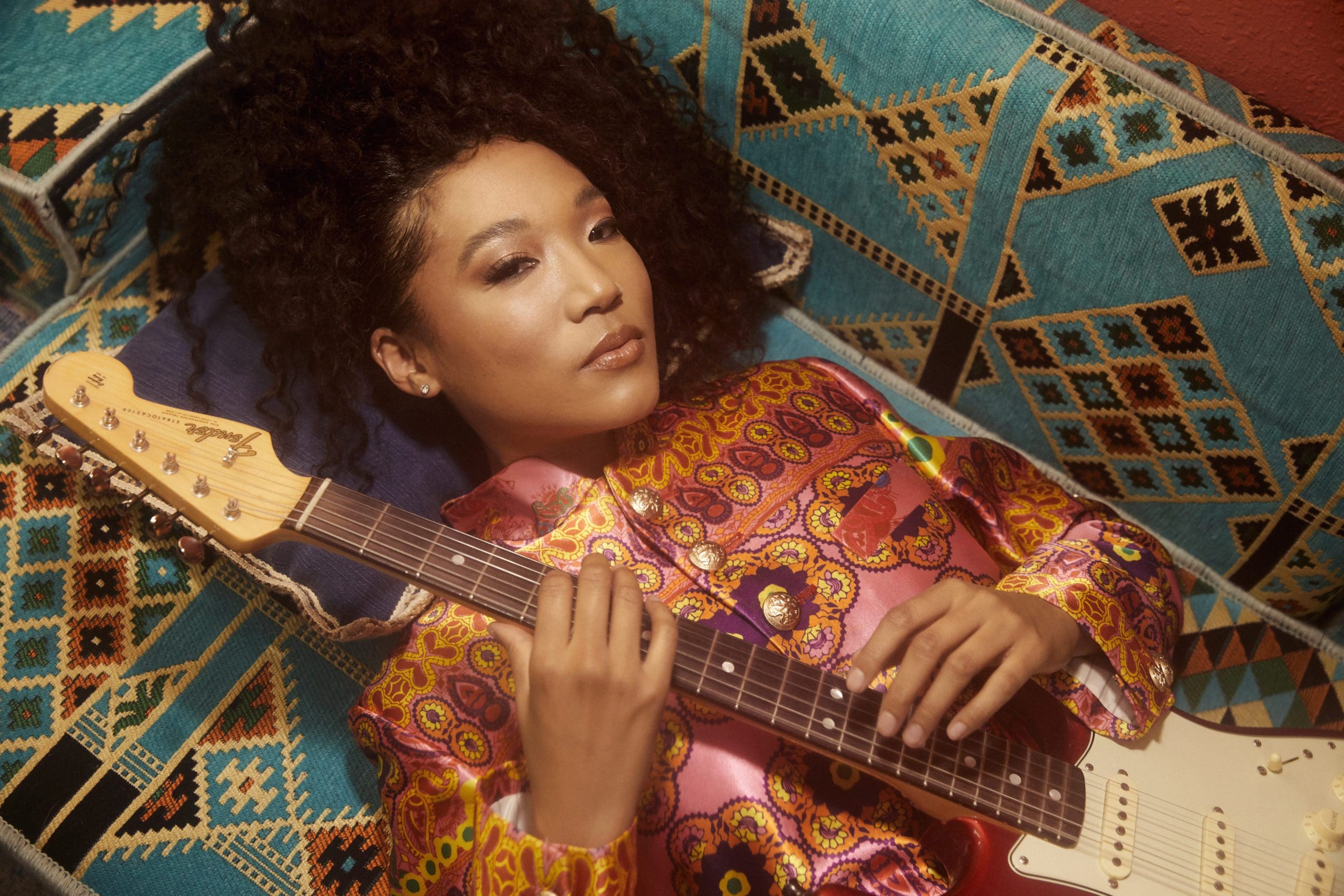 Judith Hill is a Grammy Award Winning vocalist with 4 solo albums under her belt and has countless collaborations with some of the world’s most well known artists. She has provided backing vocals for Michael Jackson and Josh Groban among others. Hill was chosen as Jackson’s duet partner for the song “I Just Can’t Stop Loving You” during his This Is It concerts.  Judith Hill’s is also a featured artist in 20 Feet from Stardom, a documentary film that tells the untold story of the backup singers behind some of the “greatest musical legends of the 21st century”.

She won the Grammy Award for Best Music Film for her performance in this film. Her debut album Back in Time, recorded at Paisley Park with Prince as co-producer!

Judith Hill is a powerhouse vocalist and songwriter January 13th promises to be a show you wont’ want to miss!

On her latest LP Baby, I’m Hollywood, Judith Hill unveils an ambitious, kaleidoscopic document detailing her journey of self-discovery. The 13-track record is set for release in March 2021; it’s a vibrant, defiant personal statement, a thorough excursion into the annals of Black music: past, present and future. Rich in throwback soul, stunning piano balladry, and swaggering psychedelic funk, the self-produced Baby, I’m Hollywood finds Hill liberated, focused and reborn. Bolstered by a spirited live band and her new attitude, she ruminates on pleasure, pain, celebration, and consequences, all of which inform this collection of finely-crafted stories-in-song.

“I wanted to personify Hollywood as a woman who’s a survivor. In my career, I’ve been through so many peaks and valleys, and the show must go on. The message is being persistent, bringing all of your pain and your story to the stage”, notes Hill.

Hailing from Los Angeles, CA, Judith Hill comes from a Japanese/African-American bi-racial musical family. Mother Michiko and father Robert (aka Pee Wee) met in a 1970’s funk band, and continue to perform in Judith’s backing ensemble, their contributions heard all over Baby, I’m Hollywood. After graduating from Biola University with a degree in Music Composition, Hill took off for France in 2007 to join French superstar Michel Polnareff’s touring band. Inspired upon returning to the States, Judith embarked on a meteoric ascent to soul singer, songwriter, and badass bandleader.

In a prolific, decade-long dream sequence, the singer collaborated with iconic artists across multiple platforms, genres and mediums. Hill was selected to duet with the late Michael Jackson on “I Just Can’t Stop Loving You” during his This Is It concerts in London. After his sudden passing in June 2009, Hill sang lead on a number at Jackson’s memorial service, putting her on the worldwide map in an instant.

Judith’s rise to fame is explored in 20 Feet from Stardom, the documentary narrated by Morgan Freeman, where her performances helped win a Grammy for Best Music Film.

Hill was wildly-popular on the fourth season of hit TV show The Voice, she’s worked with filmmaker Spike Lee, and sang on the official soundtrack to major motion pictures Dr. Seuss’ The Lorax and Happy Feet Two. Hill contributed to jazz luminary George Benson’s tribute to Nat King Cole. Among other high-profile engagements, Judith was drafted as direct support on arena tours for both John Legend and Josh Groban. The latter invited Hill onstage each night to perform duets, before the pair released the single “Remember When it Rained”.

After discovering the singer on Revolt TV, where she spoke aloud her wish to work with him, Prince summoned Hill to his famed Paisley Park compound. Together they recorded her debut full-length solo album Back in Time, a promising project that the dearly-departed genius both produced and played on.

Hill received much critical acclaim in the aftermath of the record’s 2015 release; a couple of years later she followed up with a self-produced sophomore LP, Golden Child.

In addition to her prodigious list of collaborators, Judith namechecks an eclectic smattering of inspiration and influence, including Frederic Chopin, Antonio Carlos Jobim, Aretha Franklin, Nina Simone, Tata Vega, the Clark Sisters, Jimi Hendrix and Stevie Wonder. One can pick up on their nuanced expressions within the fabric of her sound and style. Yet on Baby, I’m Hollywood, the singer arrives right on time, proudly cut from her own cloth, and firmly entrenched in her funkadelic universe.

“Baby I’m Hollywood is about acceptance…. coming to terms with my story and unapologetically stepping into who I am. I want to bring people inside MY soul and help them see past the makeup, stage lights, rumors, and history…..To step out of the shadows of fear and into the light of vulnerability,” said Hill.

Judith Hill’s fantastic voyage springs to life on the title track’s freewheeling 60’s soul revue. “Americana” is a syncopated stomp that boasts 808 high-hats and an iridescent soundscape. “You Got the Right Thang” and “Step Out” channel psychedelic 70’s funk, with subtle nods towards Minneapolis. Plus potent blends of smokey soulful blues, sizzlin’ R&B slow jams, stirring Gospel-swells and crunchy guitar grooves, all masterfully sewn together by Hill’s scintillating vocals and enigmatic personality.