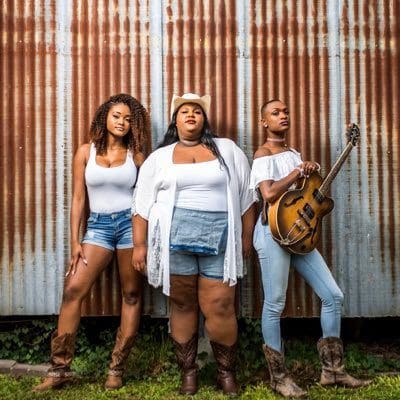 With “a million ways to get there,” every Louisiana Crossroads performance is an evening of songs and stories that exploring how Louisiana music has influenced the world of music. This performance features host Roddie Romero engaging the artists of Chapel Hart to learn about their inspirations and origins alongside a night of great music. 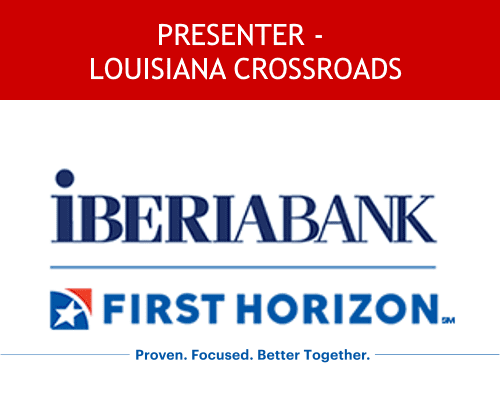 This show is part of the Louisiana Crossroads 20th Anniversary Season, presented by IberiaBank, a division of First Horizon Bank.

Thank you to our presenting sponsor!

"Rising country powerhouse trio Chapel Hart turn water into wine and come up with nothing short of a miracle."

Chapel Hart has performed around the world, captivating thousands with their own unique blend of country soul. They are without a doubt one of the hardest working groups to have emerged from Nashville by way of New Orleans.

Music in its purest form comes from the soul, the heart, and the life experiences of a person. For Nashville/New Orleans recording artist Chapel Hart, those experiences began in Poplarville, MS. The Grammy-nominated Danica Hart, her sister Devynn Hart, and their cousin Trea Swindle belong to a large family that boasts a total of 108 grandchildren. Like many from their family, the ladies of Chapel Hart have been singing together since they were toddlers.

While Chapel Hart has claimed the field of singer/songwriters, their live performances have been applauded with rave reviews. Their shows are more than just another concert experience. That special family blend of harmonies whether a cappella or backed by their full band, will stop you in your tracks. While they may have come from humble beginnings, their shows bear no witness to that. They come at you full throttle, confident, and with high-energy. Their beautiful ballads will make even the toughest weep while at the same time offering hope to those in need. Their rocking country songs will have you fist-pumping in the air while knowing full well a bit of joy in a broken world has just fallen upon you.

Being the first female band to ever headline the New Orleans Jazz Festival in Innsbruck, Austria, these ladies have thoroughly proven the ability to move any audience, regardless of language barriers.