An Evening with MacKenzie Bourg 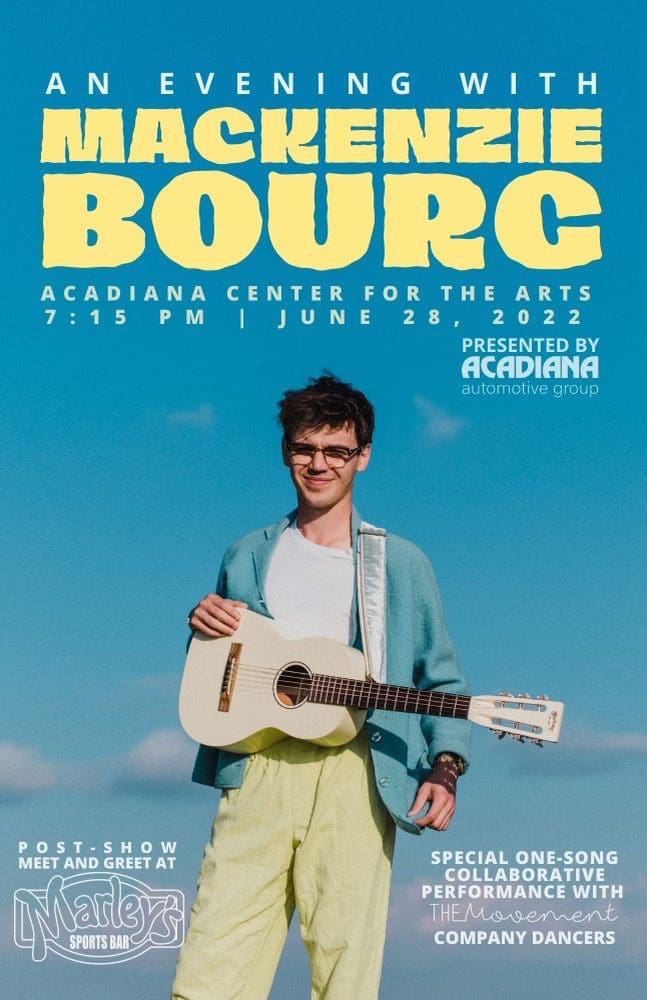 MacKenzie Bourg is a singer-songwriter born and raised in Lafayette. Traveling from New York and Los Angeles, Bourg has continued his journey as an upcoming artist after becoming a finalist on American Idol. His debut single “Roses” entered the iTunes Top 100 chart at #1 and the Billboard Top 200 at #13. Following “Roses,” Bourg released “Little Moon” which was picked up by Sirius XM’s The Coffeehouse as featured new artist.

MacKenzie is currently recording his debut album and will return from finishing it in Nashville a few weeks before the show and this will be the first time fans will get an intimate acoustic listen of the songs from the album.