Scandalous: The Untold Story of the National Enquirer 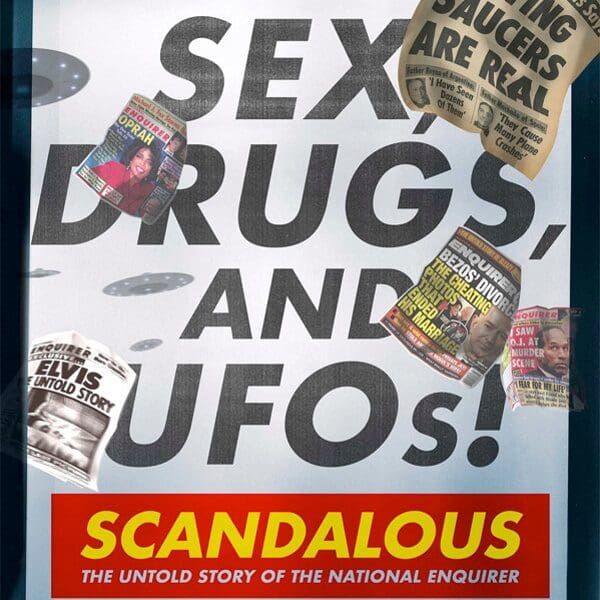 Sex! Gossip! Scandal! For over 60 years, the National Enquirer has pumped out salacious, shocking stories, stretching the limits of journalism and blurring the lines between truth and fiction. SCANDALOUS: THE UNTOLD STORY OF THE NATIONAL ENQUIRER is the sensational true story of the most infamous tabloid in US history, a wild, probing look at how one newspaper’s prescient grasp of its’ readers darkest curiosities led it to massive profits and influence. From its coverage of Elvis’s death, to Monica Lewinsky and the O.J. Simpson murder trial, the National Enquirer rattled the foundations of American culture and politics, sometimes allegedly using payoffs and blackmail to get its scoops. With rare archival footage and revelations as wild as National Enquirer headlines themselves, SCANDALOUS: THE UNTOLD STORY OF THE NATIONAL ENQUIRER examines our obsession with the rich, famous and powerful, and the tabloid that has fed those obsessions for generations of Americans.