Songwriters Side by Side – Maison Mouton

Acadiana Center for the Arts is excited to bring you the Songwriters Side-by-Side series: An intimate evening of music, art, and cuisine, set against the backdrop of a historic home in Acadiana.

Quirky. Honest. Sometimes uncomfortably honest, Caroline brings a light hearted, somewhat silly and everyday kind of vibe to her songwriting. Caroline writes songs when inspiration hits or to process a complicated internal conflict. Music gives her permission to feel all of the complex feelings that the world does not. A Licensed Clinical Social Worker by day, Caroline moonlights across artistic disciplines as an actor, performer, producer and songwriter. Her most well known achievements are The Nue Moon Revue, The Figs Band and film “You’re in Charge.” Stay tuned for a musical she is writing, producing, directing and starring in called “What ever happened to Annie?”

Sam Broussard is a musician, songwriter, teacher, and editor from Lafayette, Louisiana, and a four-time nominee for the Grammy award. He has toured and recorded with artists known and unknown and has toured the world, first with Franco-Swiss artist Stephan Eicher, and then with his current group, Steve Riley and the Mamou Playboys, a French language Cajun band. More recent projects are a 30-year anniversary album with that group, and a live record with master slide guitarist Sonny Landreth. His fourth Grammy nomination was in 2017 for Broken Promised Land, a Cajun French project with lyricist and folklorist Barry Jean Ancelet, which he produced and recorded. Sam writes literate, cinematic songs that don’t require collaboration with a listener in order to get the meaning. 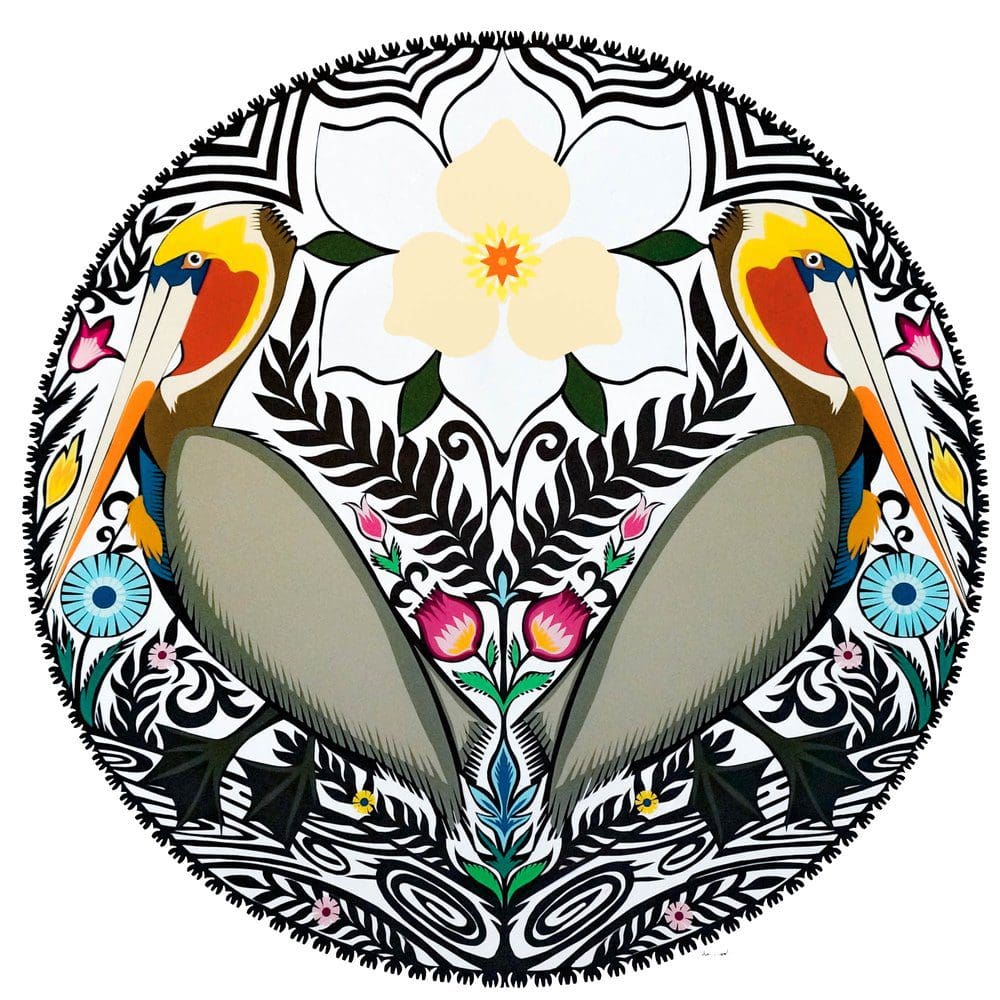 Sam Wróbel specializes in the Polish papercutting folk art of Wycinanki. Born and raised near Chicago, Illinois, Sam learned to make Wycinanki as a child from folk artist doris sikorsky. Sam has Polish ancestry, and always enjoyed the vibrant colors, intricate designs, and connection to their culture that Wycinanki offered.

Now living and working in rural SW Louisiana, Sam started Sparrow Papercraft in 2018 to share their Wycinanki folk art with the world. Their work is influenced by traditional Polish motifs, social movements, their travels, and the colorful culture of south Louisiana.

Wycinanki (pronounced vee-chee-non-kee) is the Polish folk art of papercutting.

Wycinanki is a centuries-old art form, going back at least to the early 1800s. Polish peasants used heavy sheep shears to create gorgeous hand-cut decorations to liven up the white walls of their homes. Depicted in these artworks were images of their daily lives. Common motifs are birds, flowers, trees, stars, and scenes of farm life and cultural ceremonies. 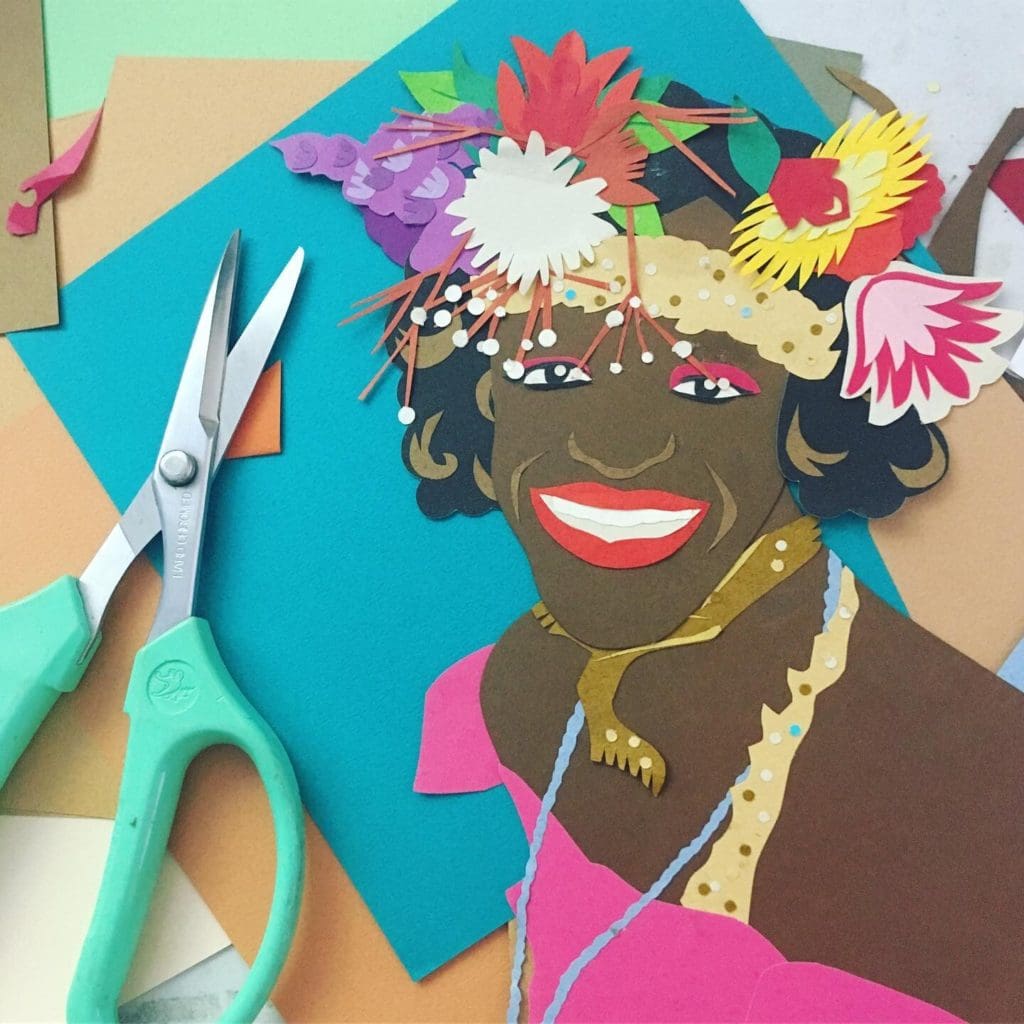 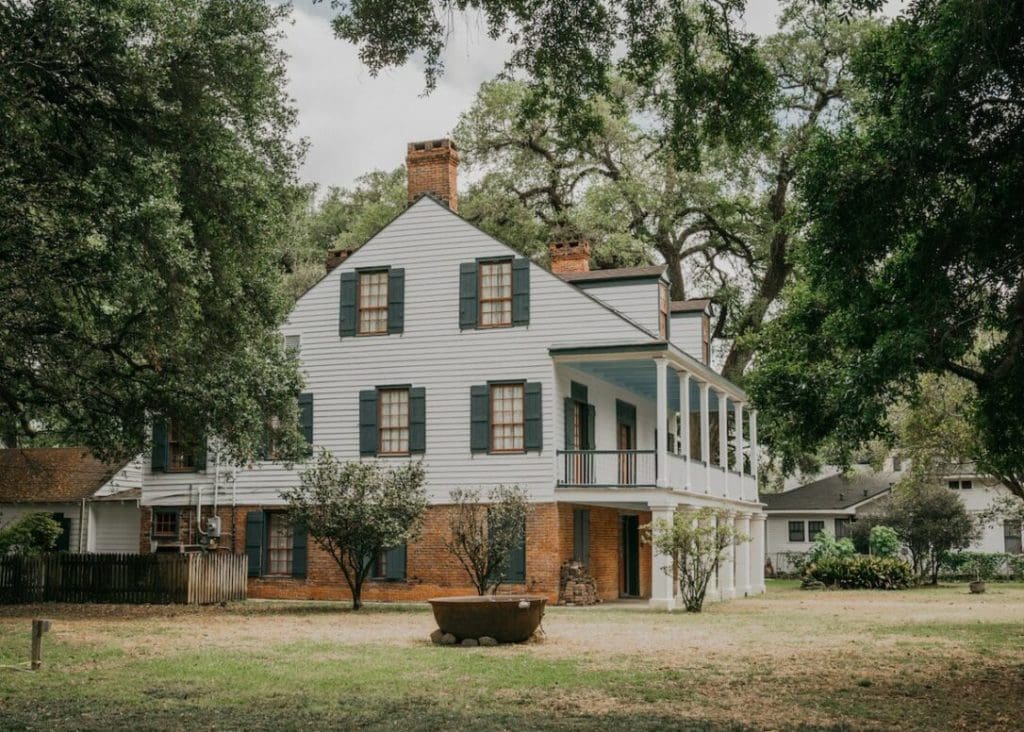 Originally built in 1820, the bed & breakfast resides in a restored Creole house nestled on a quiet street in the Sterling Grove Historic District.

Comfortable and romantic, each room is decorated with old-world furnishings offering a glimpse into the Acadians’ lifestyle of the early 1800s. While enjoying the bygone era, the need for modern amenities is not overlooked.