The Tony Award­–winning director resets the opera’s action in 1920s Europe, with Art Deco sets by Michael Yeargan and elegant costumes by Catherine Zuber, themselves boasting a combined eight Tony Awards. Baritone Quinn Kelsey, a commanding artist at the height of his powers, brings his searing portrayal of the title role to the Met for the first time, starring alongside soprano Rosa Feola as Gilda and tenor Piotr Beczała as the Duke of Mantua, with leading maestro Daniele Rustioni on the podium. A second run of performances in the spring features soprano Kristina Mkhitaryan, and tenor Stephen Costello, conducted by Karel Mark Chichon.

A dramatic journey of undeniable force, Rigoletto was immensely popular from its premiere and remains fresh and powerful to this day. The story, based on a controversial play by Victor Hugo, tells of an outsider—a hunchbacked jester—who struggles to balance the dueling elements of beauty and evil that exist in his life. Written during the most fertile period of Verdi’s artistic life, the opera resonates with a universality that is frequently called Shakespearean. 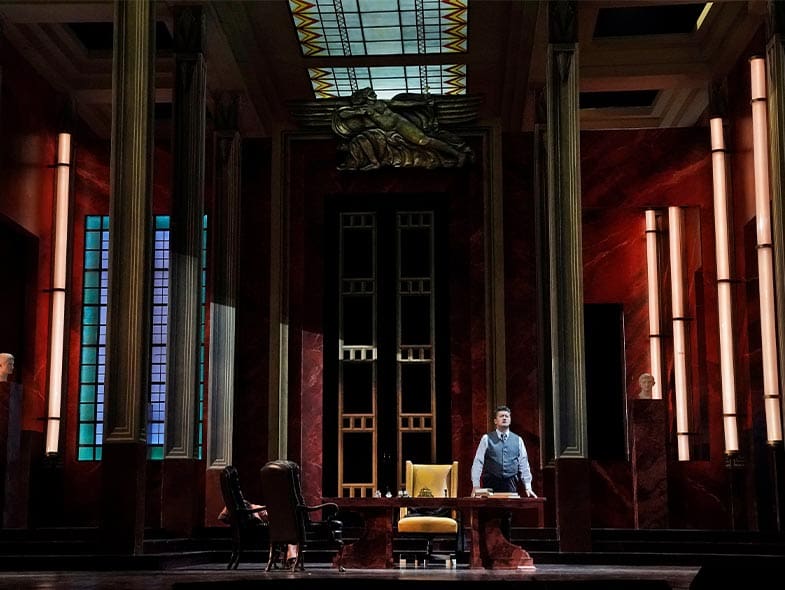 In a remarkable career spanning six decades in the theater, Giuseppe Verdi (1813–1901) composed 26 operas, at least half of which are at the core of today’s repertoire. His role in Italy’s cultural and political development has made him an icon in his native country. Francesco Maria Piave (1810–76), Verdi’s librettist for Rigoletto, collaborated with him on ten works, including Ernani, La Traviata, La Forza del Destino, and the original versions of Macbeth and Simon Boccanegra.

Victor Hugo’s 1832 play Le Roi s’Amuse, set at the court of King François I of France (circa 1520), is a blatant depiction of depraved authority. In adapting it, Verdi and Piave fought with the Italian censors and eventually settled on moving the story to the non-royal Renaissance court of Mantua, while holding firm on the core issues of the drama. In Bartlett Sher’s new Met production, the action unfolds in Weimar Germany in the 1920s, a time and place with surprising parallels to the decadent—and dangerous—world of the original setting. 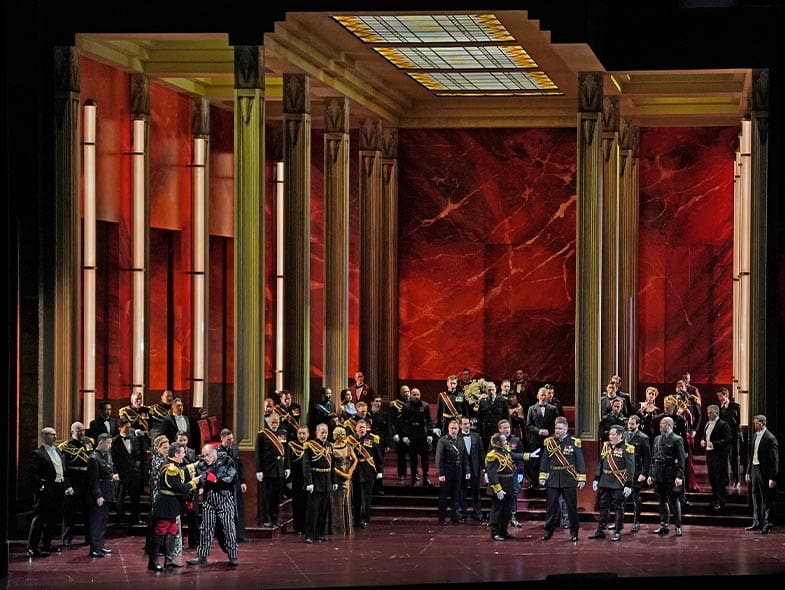 Rigoletto contains a wealth of melody, including one that is among the world’s most famous: “La donna è mobile.” All the opera’s solos are rich with character insight and dramatic development. The famous Act III quartet, “Bella figlia dell’amore,” is an ingenious musical analysis of the diverging reactions of the four principals in the same moment: the Duke’s music rises with urgency and impatience, Gilda’s droops with disappointment, Rigoletto’s remains measured and paternal, while the promiscuous Maddalena is literally all over the place. In the context of the opera, the merely lovely music becomes inspired drama.