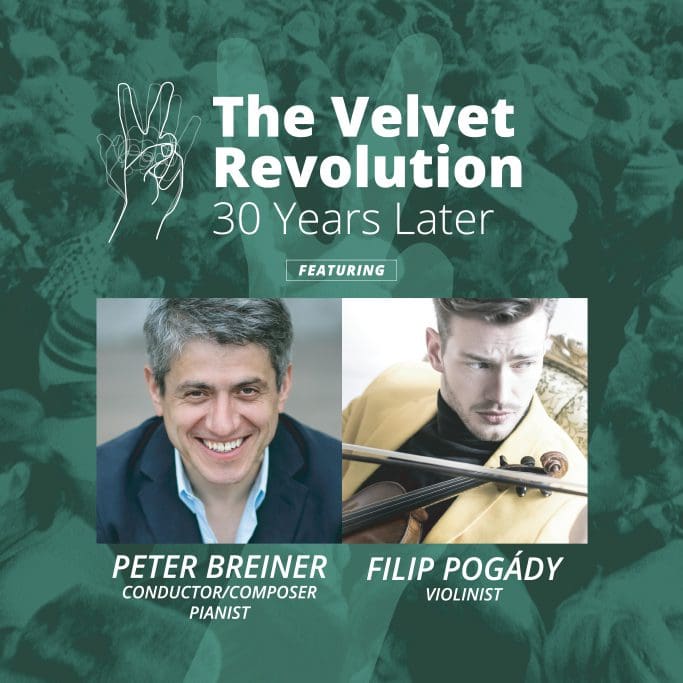 AcA hosts a special concert to mark the 30th anniversary of the Velvet Revolution, which heralded the end of Communism in former Czechoslovakia. To commemorate this historic moment, two Slovakian stars of the music world Peter Breiner (composer, pianist, and conductor) and Filip Pogady (violinist) join the ASO Chamber Orchestra at AcA for a one night spectacular, including selections from Breiner’s “Beatles Concerto” in the style of Vivaldi’s “The Four Seasons” and “Slovak Dances” reinterpreting classic folk tunes. Western music like The Beatles and regional folk music were both banned under Communist rule, and Breiner’s reinterpretations celebrate them with relish.  International and national dignitaries will gather from across the globe at the AcA for The Velvet Revolution — 30 Years Later.

Opening remarks by HE Ivan Korcok, Ambassador of Slovak Republic and Dr. Zoltan Gombos, Honorary Consul of Slovakia in Louisiana.