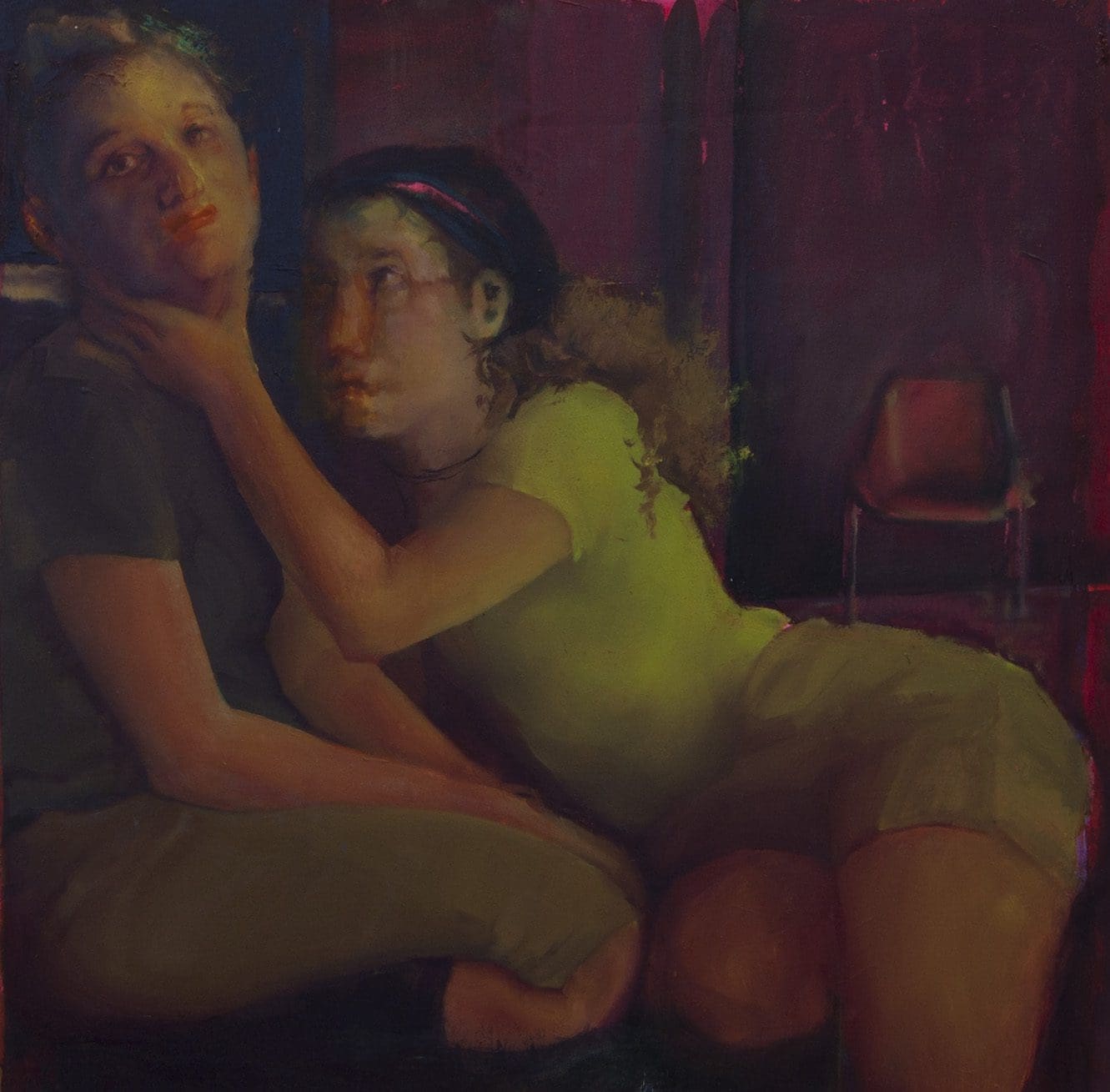 This exhibition if free and open to the public.

In addition to regular weekly public gallery hours (10am-5pm Monday to Saturday), this exhibition is on view prior to AcA performances and during evenings of Second Saturday ArtWalk on January 11 and February 8.

In the series “Access” artist Hagit Barkai paints figures that explore movements of the body that are of negotiating wants, needs, desires and longing. She uses these paintings of performative situations to comment on a “landscape of conflict” by embedding within depictions of the landscapes seen from the embattled areas of the West Bank in Palestine.

“My imagery often focuses on subtle awkwardness of the body when it is failing to perform as a body with a clear identity or purpose. I center on how bodies and spaces fail to settle in any image or concept that confine and regulate them and how visible discomforts can function as resistance to cultural, political and personal narratives.” — Hagit Barkai, 2020

Hagit Barkai is a visual artist that works primarily in painting. Her process also includes drawing, prints, and photo-performances that trace psychological and emotional choices in public and private settings.