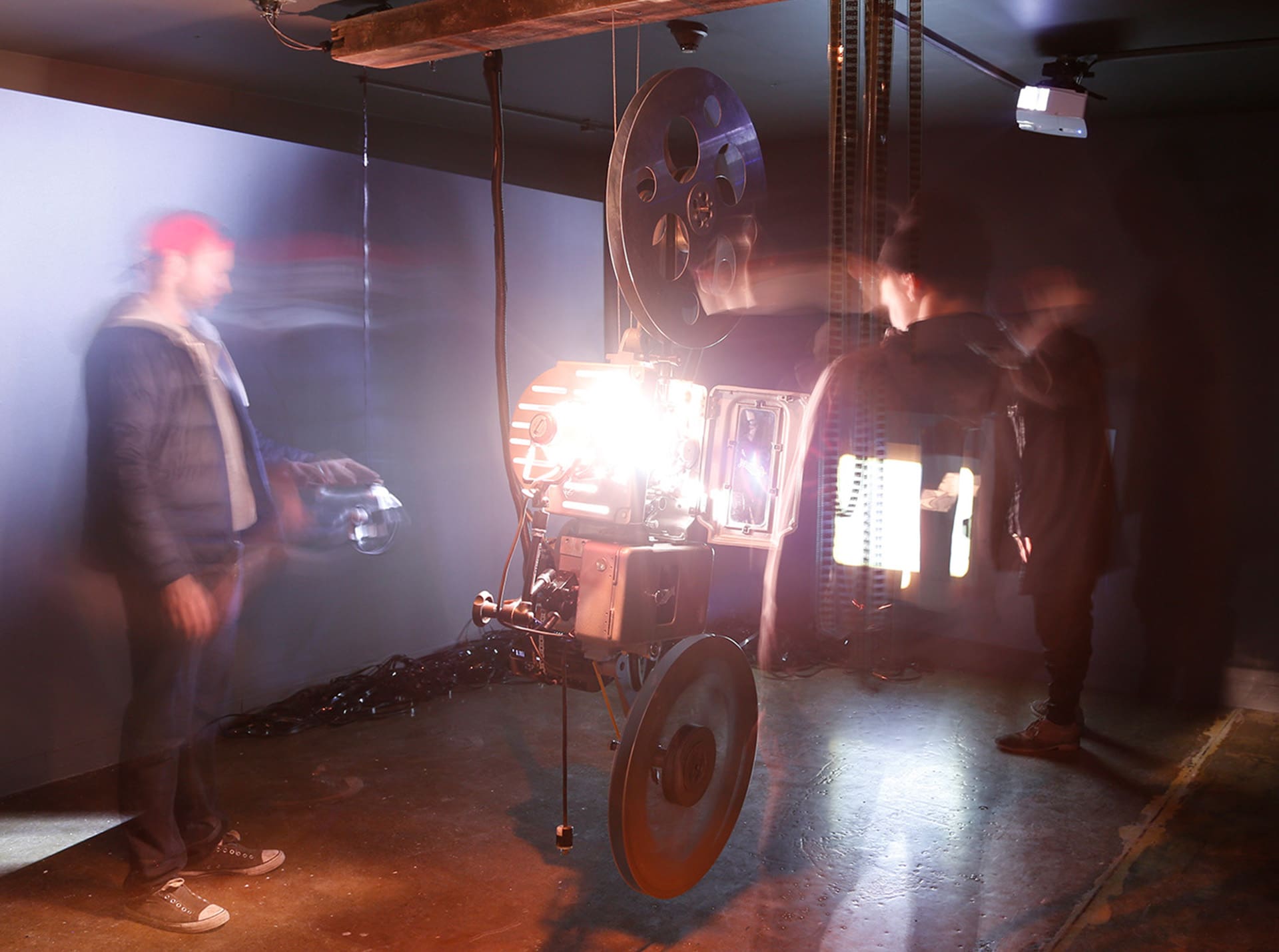 Biography
During his studies, John Blouin became a projectionist at the National Film Board of Canada. He founded Cabina Obscura, a project dedicated to film performances combining 35-16 mm and digital projectors, shadows and live soundtrack. He has since shown his work in several cities and festivals, from Montreal to Beijing. As well, Blouin is interested in another side of the cinematography by making short films as Change Over, Filmstripe and Gate, a trilogy about the death of cinema.

John Blouin has just completed a short documentary with the NFB and Spira cooperative entitled Lou, La Vie ! He is currently in post-production with the NFB for Armand par Vaillancourt, his feature film about the famous sculptor.