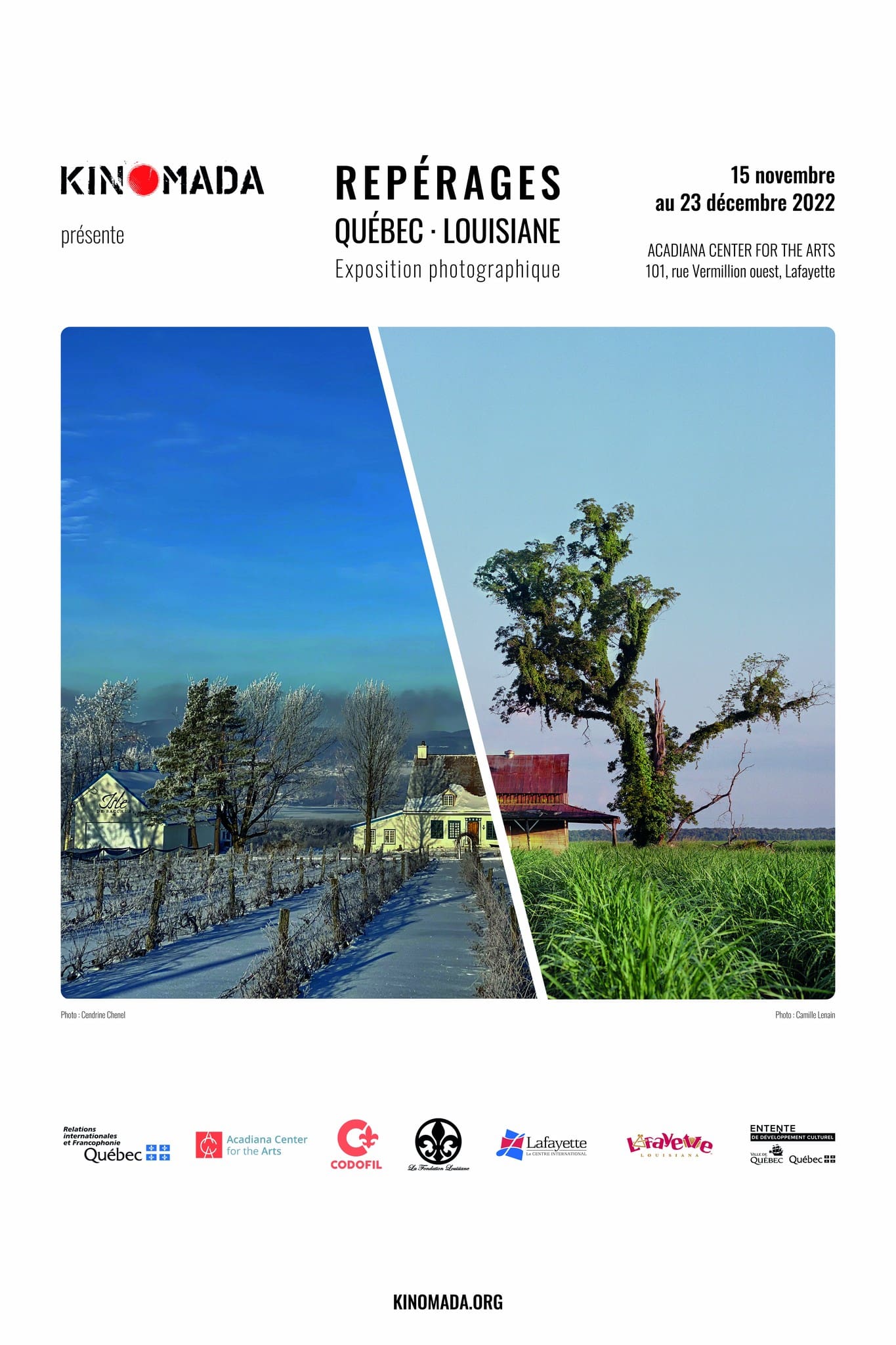 Acadiana Center for the Arts hosts “Repérages: Quebec-Louisiane” in its AcA Café beginning November 15, 2022 and running through December 23, 2022.

This exhibition visits Lafayette after originally opening in Quebec earlier this year and is showcased in partnership with CODOFIL and KINOMADA. The opening of this exhibition marks the beginning of KINOMADA’s short film-intensive taking place in Lafayette over the next 10 days.

“Repérages” (“Scouting” in english) is an exhibition showcasing the works of eight Louisiana photographers and six Quebecois photographers. Their photos offer an in-depth look into the heart of the Quebec region and that of Southern Louisiana, from Lafayette on out to New Orleans, thus allowing us to discover the territory: neighborhoods, streets, parks, the evocative and little-known places.

With an abundance of possibilities for future filming or travel, these places reveal a diversity of spaces and their inhabitants, the very soul of these locales.

This is a photographic exhibition presented by

For more than thirteen years now, KINOMADA has brought together filmmakers from all over the world in intensive short film creativity laboratories. These events give artists the opportunity to collaborate with their peers and pass on knowledge to emerging artisans in a climate of sharing and solidarity.

KINOMADA stagings were held in Quebec as well as internationally in various Francophone countries and Latin America. The organization’s mission is to help forge links between creators from all over the world in order to encourage the exchange of experiences and varied creative techniques that are likely to enrich the initiatives of all.

Louisiana occupies a place of prominence in Kinomada’s projects. In 2018, the organization produced, in collaboration with the Council for the Development of French in Louisiana (Codofil), a creative laboratory where 24 films were made. At the same time, filmmakers Yannick Nolin, Samuel Matteau and Guillaume Fournier co-directed three short films (Let the Good Times Roll, Acadiana and Belle River) which enjoyed worldwide success while being selected for major festivals.

Acadiana Center for the Arts

AcA would like to thank Philippe Gustin, Charles Larroque, CODOFIL, and KINOMADA for their efforts and partnership in staging this exhibition.