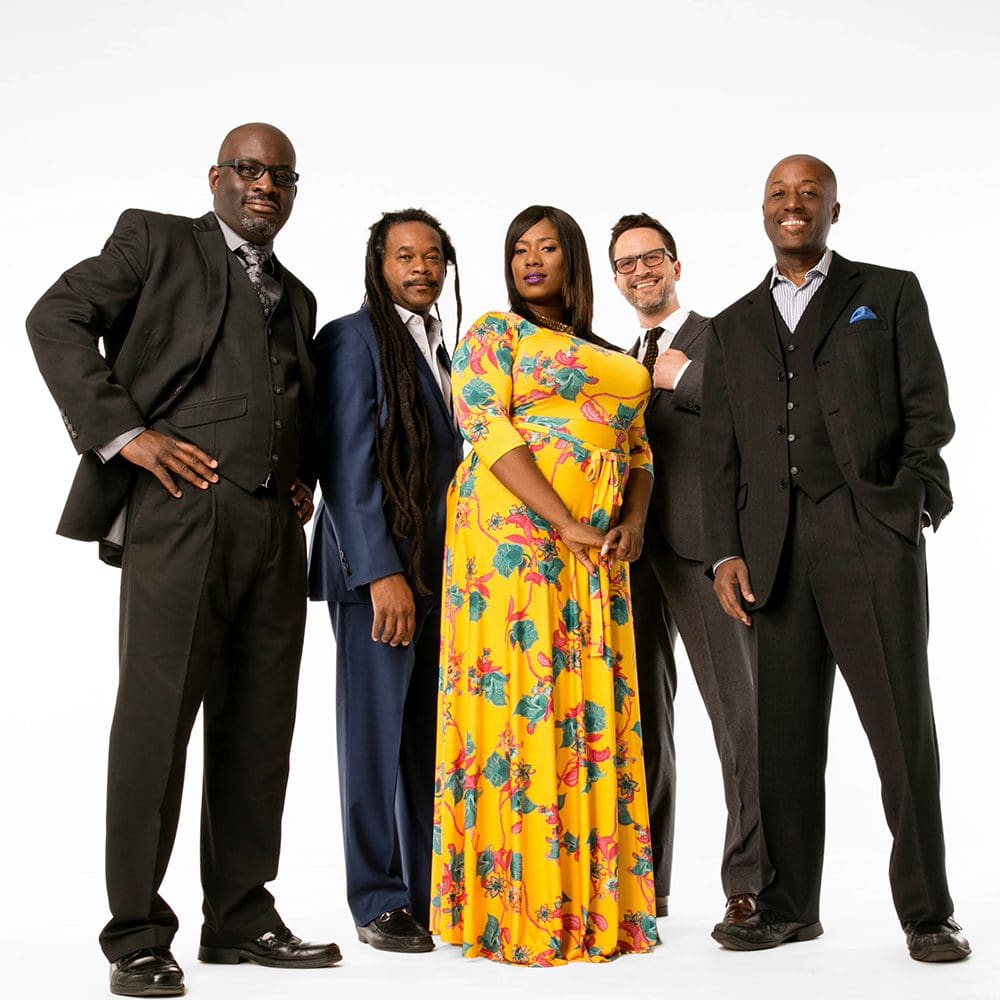 Ranky Tanky, a Charleston-based quintet, performs timeless music born from the Gullah culture of the southeastern Sea Islands. Their debut album was featured on NPR’s Fresh Air with Terry Gross and the TODAY show. It also soared to the #1 position on the Billboard, Amazon, and iTunes Jazz Charts. Playful game songs, ecstatic shouts, and heartbreaking spirituals can all be found on their latest release Good Time, which also offers the groups first original songs inspired by Gullah tradition.

“Gullah” comes from West African language and means “a people blessed by God.” “Ranky Tanky” translates loosely as “Work It,” or “Get Funky!” In this spirit this Charleston, SC based quintet performs timeless music of Gullah culture born in the southeastern Sea Island region of the United States. From playful game songs to ecstatic shouts, from heartbreaking spirituals to delicate lullabies, the musical roots of Charleston, SC are “rank” and fertile ground from which these contemporary artists are grateful to have grown.

Apart from lead vocalist, Quiana Parler, four of the group’s members, Quentin Baxter, Kevin Hamilton, Clay Ross, and Charlton Singleton, previously played together in the Charleston jazz quartet The Gradual Lean in the late 1990s.  Their debut album, Ranky Tanky, was released in October 2017. By the week of February 10, 2018, it was listed number one in the Billboard jazz charts.

Music and more at https://www.rankytanky.com/

This performance and associated outreach activities are funded in part by a grant from South Arts in partnership with the National Endowment for the Arts and the Louisiana Division of the Arts.