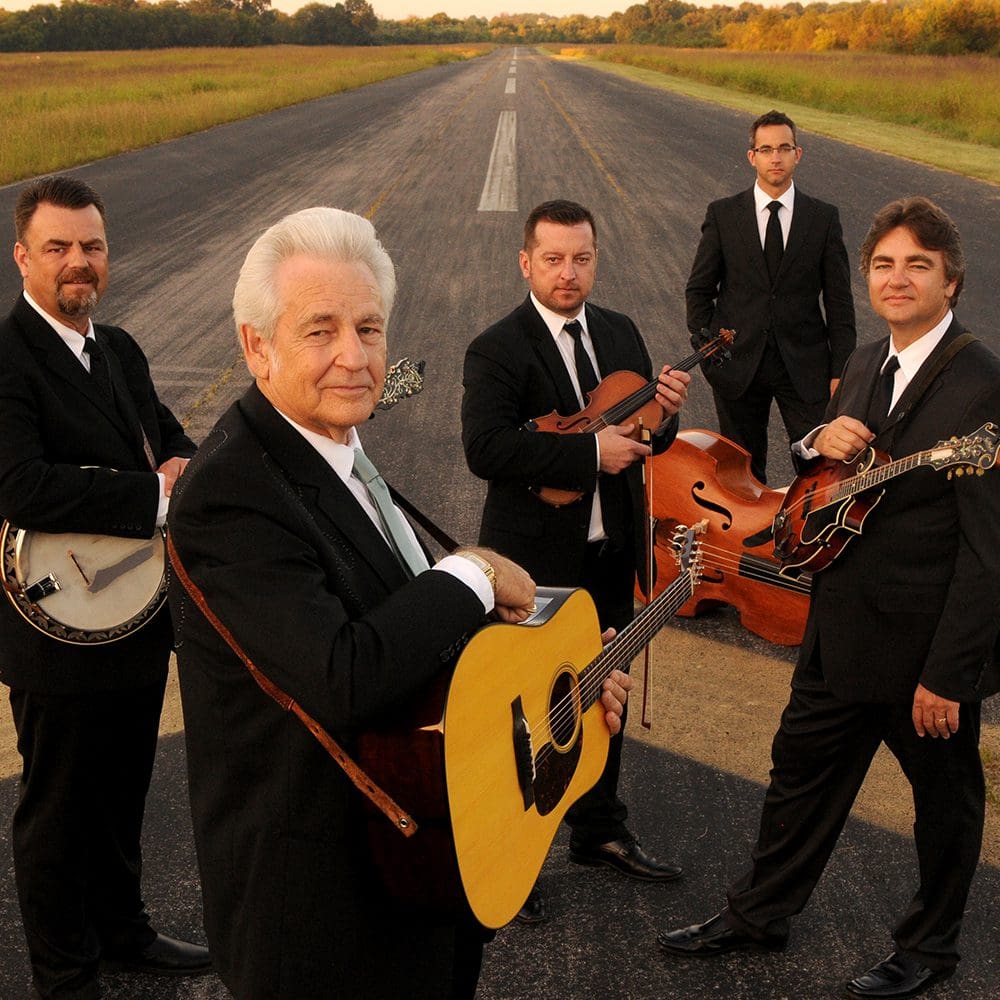 Even among the pantheon of music’s finest artists, Del McCoury stands alone.

From the nascent sound of bluegrass that charmed hardscrabble hillbilly honkytonks, rural schoolhouse stages, and the crowning glory of the Grand Ole Opry to the present-day culture-buzz of viral videos and digital streams, Del is the living link. Almost unimaginably, McCoury’s sixth decade in a half-century of bluegrass bliss brings new triumphs, new collaborations, and new music. With but a single change in membership in twenty seven years The Del McCoury Band shows unprecedented stability as well as garnering the respect and admiration of the industry for its unmistakable work: nine IBMA Entertainer of the Year trophies; in 2003, Del’s awarded membership in the cast of the legendary Grand Ole Opry; the band’s first Best Bluegrass Album Grammy award, in ’05, followed by a second Grammy win in 2014, (not to mention double-digit nominations).

One of the premier string-band events in the country, the multi-day, multi-stage DelFest showcases the new lions of the genre such as Greensky Bluegrass, The Infamous Stringdusters, and Old Crow Medicine Show, and legends like Ricky Skaggs, Sam Bush, and Bobby Osborne, plus a diversity of artists like Phish frontman Trey Anastasio and blues-rock veterans Gov’t Mule to Americana darlings The Wood Brothers and Rhiannon Giddens.

Music and more at https://www.delmccouryband.com/